Olympic Peninsula. Overview of population centers, destinations, and attractions of the Peninsula, with links to the Olympic National Park and Port Angeles, Washington.

The Peninsula is huge! It comprises 3,600 sq mi, of which approximately 1,440 square miles are dedicated to the Olympic National Park.

Port Angeles is the Hub of the Olympic Peninsula

What follows is an overview of nearly all that the Olympic Peninsula offers, with links to specific details. We'll break it down into North, West, South, and East Peninsula.

Port Angeles on the Olympic Peninsula


Towns in the North Olympic Peninsula

Things to do in Port Angeles: 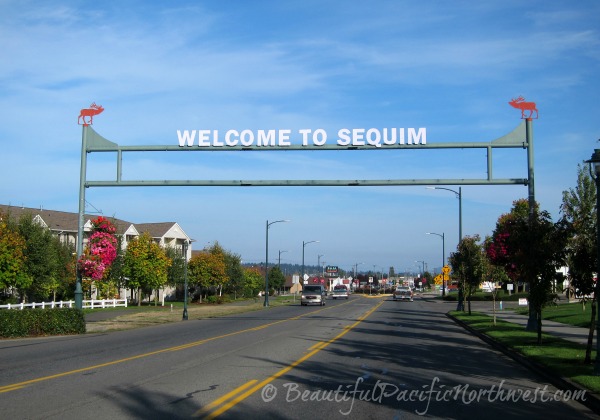 Sequim: Occupies the heart of the Olympic rain shadow in the North Olympic Peninsula. Sequim is located 17 miles to the east of Port Angeles.

Things to do in Sequim:

Details about Sequim attractions and much more are here. 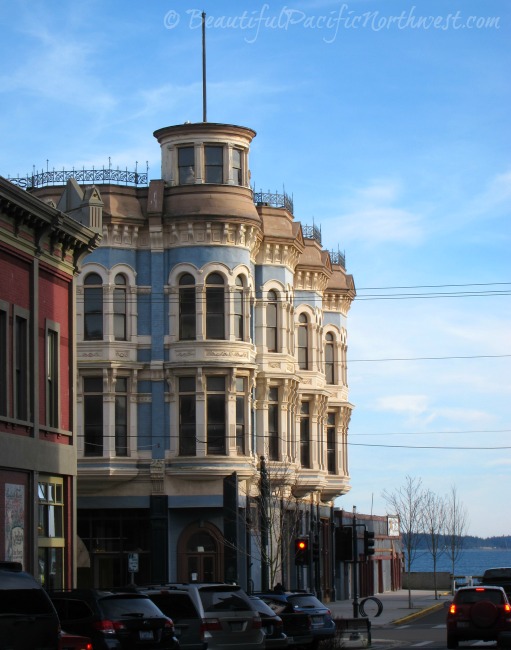 Things to do in Port Townsend:

Details of Port Townsend attractions and much more are here.

"The West End" of the North Olympic Peninsula

Clallam County Washington takes up nearly the entire north Olympic Peninsula. The western half of the county is known locally as the "West End."

Clallam County WA is our overview of the West End - from Joyce westward to Neah Bay. Population levels are very sparse, but there are several really special places.

Because of the West End's sparse population, or perhaps because you simply like to camp, you may find yourself looking for a place to camp. Check out Olympic Peninsula campgrounds. The link includes camping opportunities throughout the Olympic Peninsula, not just the West End. 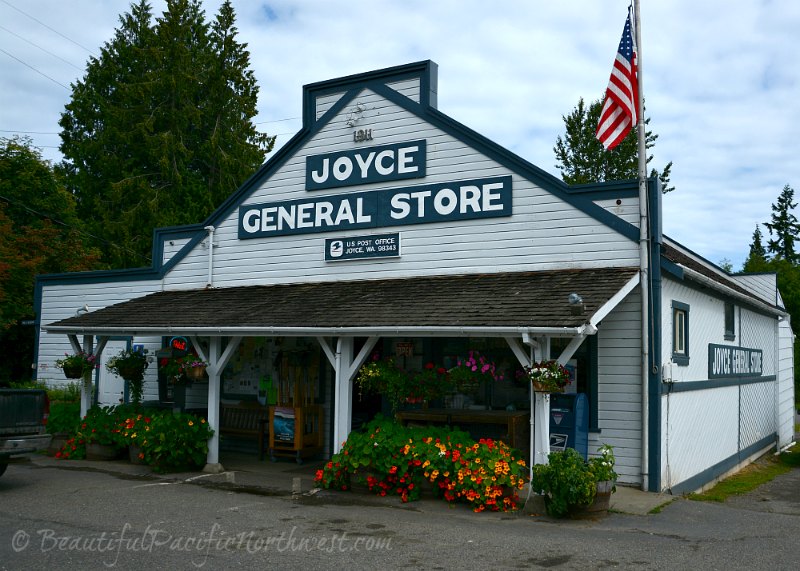 Joyce WA General Store is located on Hwy 112 in Joyce.

Joyce, Washington: Small whistle stop (if that) along Highway 112 west of Port Angeles. But despite its diminutive size population-wise, check out what Joyce WA offers: 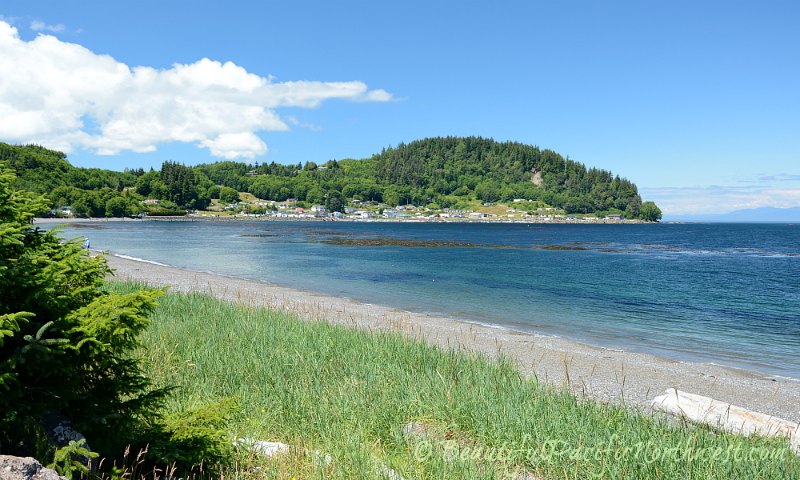 Sekiu is pictured on the shore of Clallam Bay. The town of Clallam Bay is at the other side of the same bay, behind and to the right of this photo.

Clallam Bay Washington: Clallam Bay is situated west of Joyce, at the east end of the bay known as Clallam Bay, which is part of the Strait of Juan de Fuca, now also known as the Salish Sea.

The main focus of this fairly remote part of Clallam County is a little bit of tourism, and a whole lot of fishing, with a dash of logging thrown in. 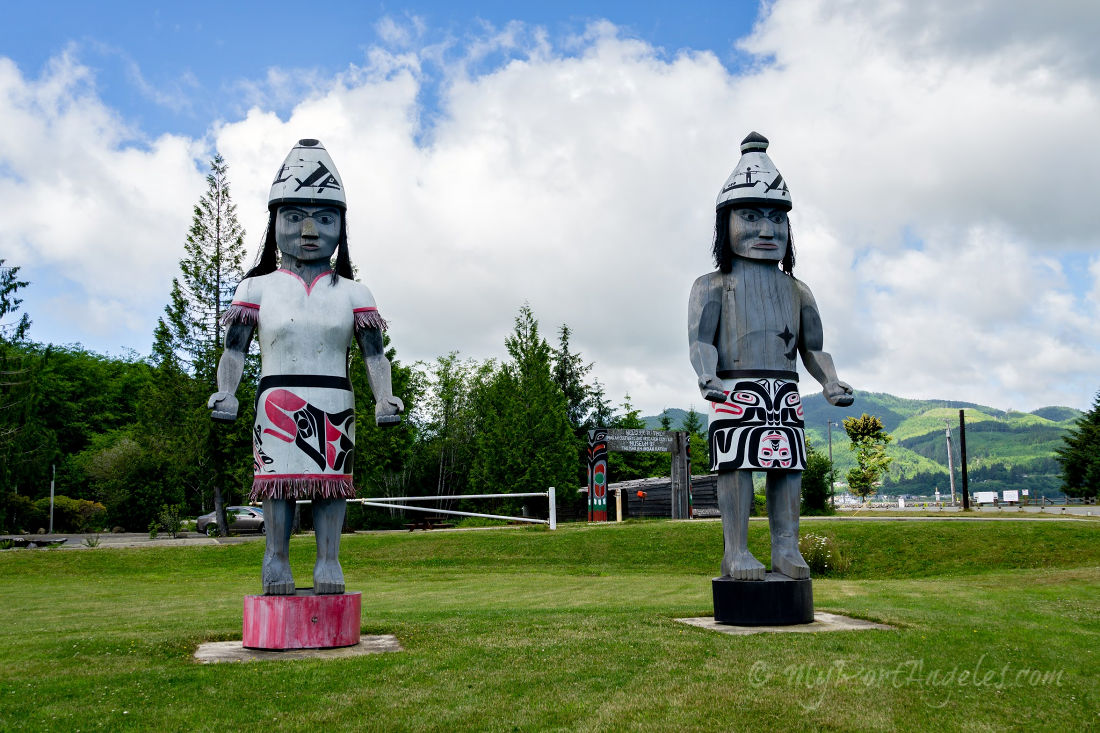 These statues greet you at the Makah Museum in Neah Bay.

The village of Forks is the main population center in the west central Olympic Peninsula. Ten miles away is the Quileute village of La Push. 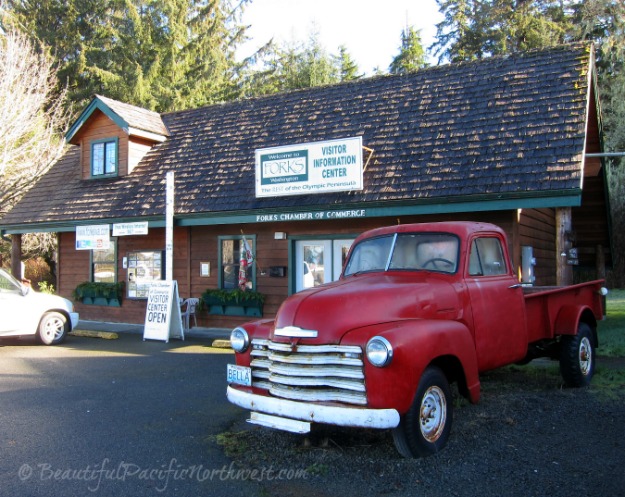 Forks, WA is located in the southwest part of Clallam County, and so is included in the term, "West End." It is located in the heart of Washington's temperate rain forest, and is recently famous as the setting for Stephenie Meyer's vampire novels, The Twilight Series. (Bella is the main love interest in the novels.)

Things to do in Forks: 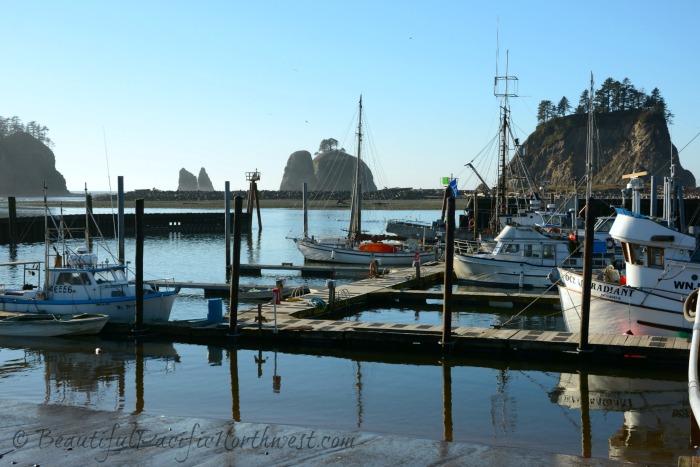 La Push, WA: Located 10 miles west of Forks on the Pacific coast, and is part of the Quileute Indian Reservation. 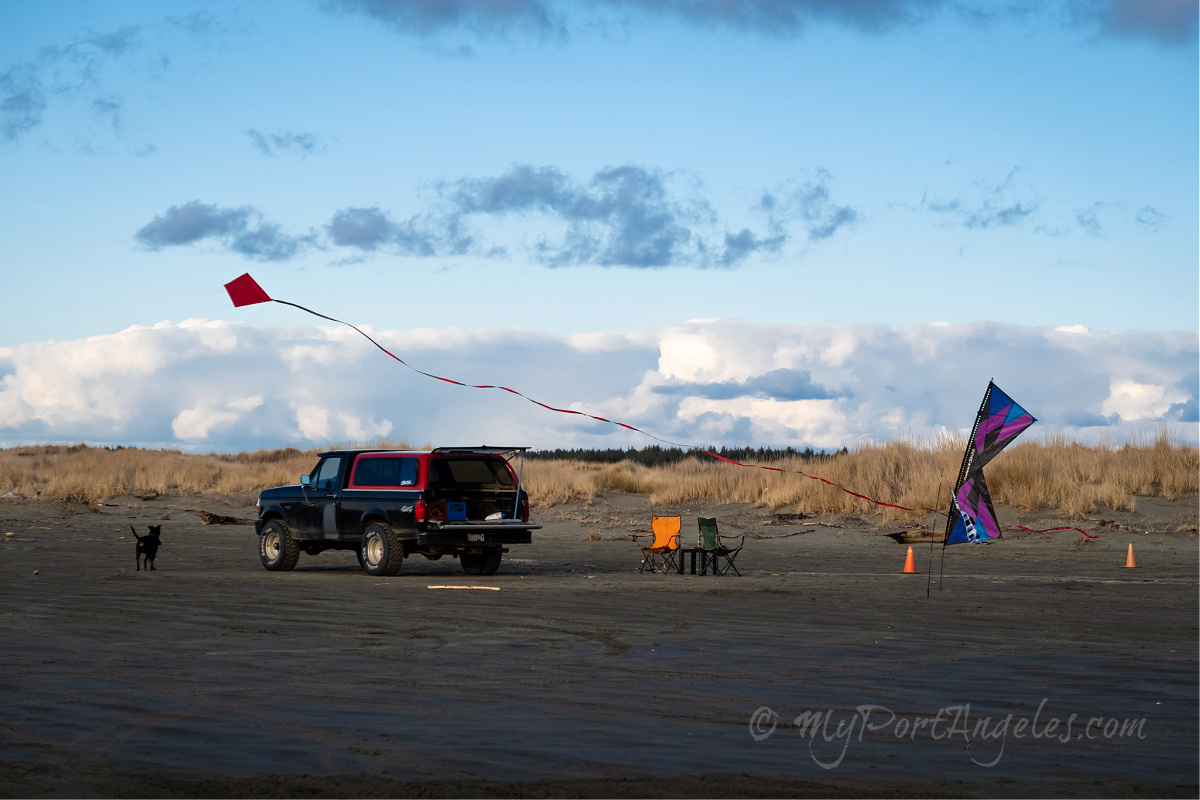 So many recreational opportunities in Ocean Shores in the summertime!

The Queets and Quinault Rain Forests make up the lion's share of the South Olympic Peninsula. But additionally, on the coast are all the Kalaloch beaches, including Ruby Beach. These rain forests and beaches are all a part of the Olympic National Park.

To the south of the Kalaloch Beaches and along the southwestern Pacific shores of the Olympic Peninsula is the home of the Quinault Nation.

I'm not exactly certain where the Peninsula stops, and mainland Washington starts, but for completeness' sake...

East Side of the Olympic Peninsula

Hood Canal is a 70-mile fjord which is also the westernmost waterway in the Puget Sound region.

Highway 101 borders the Hood Canal from Brinnon to Potlatch. The area is incredibly scenic, and is dotted with little municipalities with names like Duckabush and Lilliwaup. If your drive includes mid-day, there are fresh oysters (raw or grilled) to be had in Hamma Hamma. I recommend! 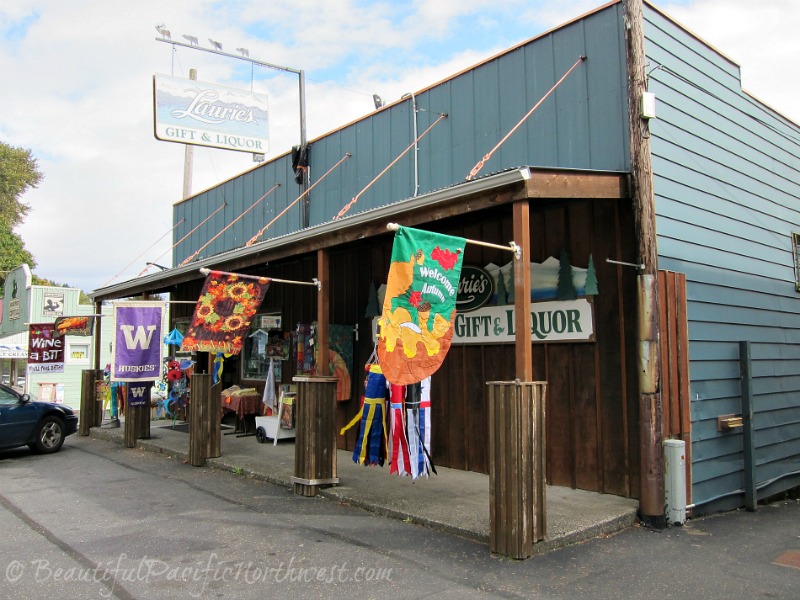 Quaint town of Hoodsport along the Hood Canal

Hoodsport sits along the west shore of the Hood Canal. Such a charming village!

Brinnon is situated along the west shore of the Hood Canal north of Hoodsport and Hamma Hamma.

Getting to the Olympic Peninsula

Washington State Transportation: Check this page for details on different ferries, buses, car rentals, etc. Because local public transportation systems are disjointed, that is, not up to European standards or expectations, you will need your own vehicle, whether you own it or rent it.

If you fly in, SEA-TAC is your airport of choice.

A few direct links to info and things to do: