Embarking on a whale watching cruise is one of the most exciting adventures to be had, and the waters just off the Olympic Peninsula is considered to be one of the best places in the world to do it.

What makes Whale Watching in Washington State so Excellent? 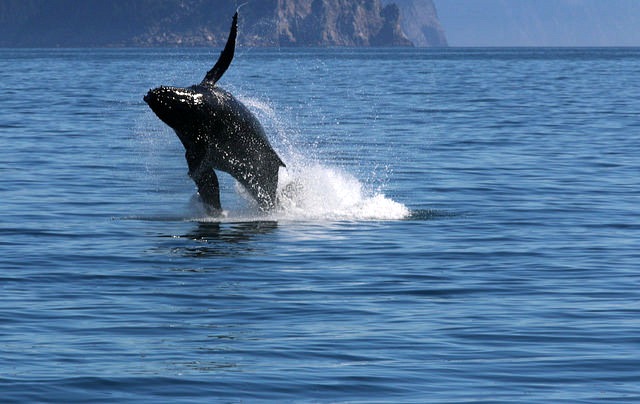 Breaching humpback whale in the waters of the Kenai Fjords

In addition, the western coast of Washington State and Vancouver Island sees an estimated 21,000 migrating grey whales annually on their way from their summer feeding grounds in Alaska to their southern, winter breeding grounds in Hawaii, Mexico and South America.

Weighing in at between 20-40 tons and 35-50 feet long, a breaching whale is a sight like none other. It's hard to imagine the strength necessary to propel a beast of that size up through and above the water's surface to form a perfectly arching barnacle-encrusted back flip back down into the depths. 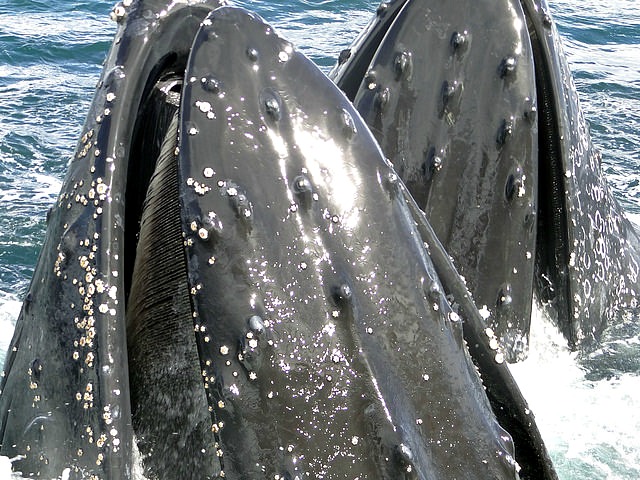 Seasons for Whale Watching in Washington

Though orca, grey, humpback, and minke whales can all be sighted throughout the year in the waters off Washington State, the best times to see them are:

In my opinion, the absolute best way to go whale watching in Washington is to take a tour, whether by boat or by kayak.

But, if this is not a possibility for you, even landlubbers have good chances to see whales from a number of whale watching locations along the shores of Washington State.

Humpback whales regularly stop by the waters of First Beach in La Push during their spring migration from winter grounds to summer feeding grounds in Alaskan waters. It is thought that they use the submerged rocks offshore to scrape off excess barnacles from their hides. Look for them in March and April each year.

Whales, especially humpback whales, visit the Strait of Juan de Fuca near the Ediz Spit in Port Angeles in March and April, and October and November. Plus, orcas have been known to come, feed, and cavort right in the Port Angeles harbor, though not with any particular frequency.

Explore the Whale Trail website for land-based viewing locations off the shores of the Olympic Peninsula.

Since whales can be found throughout the San Juan Archipelago, and if you find yourself on San Juan Island, try these land-based locations.

West side of San Juan Island:

Kayaking with the Whales

If you're a kayaker, offshore from any of the above locations are great for whale watching.

Plus, there are many companies that offer guided kayak whale watching tours. Check any of our whale-watching pages for a ton of information.

Or, try a google search of "guided kayak whale watching tours" (quotes not needed). Depending on your expected location, you can also narrow your search with qualifiers such as 'vancouver island,' 'San Juan Islands,' 'PNW,' etc. 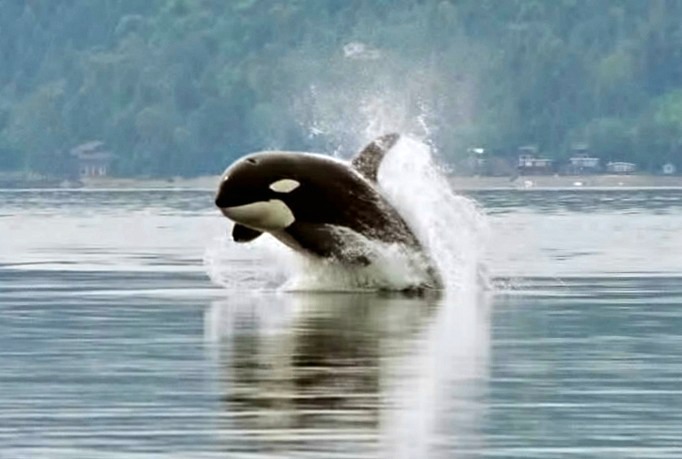 There is More to Whale Watching Cruises than just Whales

There is more to see than just whales when you take a whale watching cruise, as spectacular as whales are.

It's hard to miss the thousands of bird species along the way.Orange-beaked tufted puffins, creamy white and grey western gulls, oyster catchers, cormorants, and many other sea birds make regular appearances.

You may also see porpoises, seals, and even bears.

Add the spectacular scenery to all the mammals, birds, and marine species, and it's a regular wildlife adventure movie, with you in a front row seat.

In the past whales were hunted for use in making oil for cosmetics, soap and lighting; whale meat for food; and clothing - a whale-boned corset anyone? Over-hunting for these resources by commercial whaling operations put them on the endangered species list.

Modern technology in the last century has replaced the whale for some of those products, and the 1972 Marine Mammal Protection Act now protects them from hunters in the United States. Several indigenous populations are excepted; they are still allowed to harvest certain numbers of whales, with restrictions, using mostly traditional methods.

Though some species are still considered endangered, the whale population in the Pacific Northwest continues to slowly grow.