This isn't the most flamboyant area in the nation, but it is a beautiful area and wonderful for fishing, boating, beachcombing, and birdwatching. Hike through the area's rich renewed forests, or relax on nearby Pacific beaches or local riverfronts and enjoy nature as it comes to you. 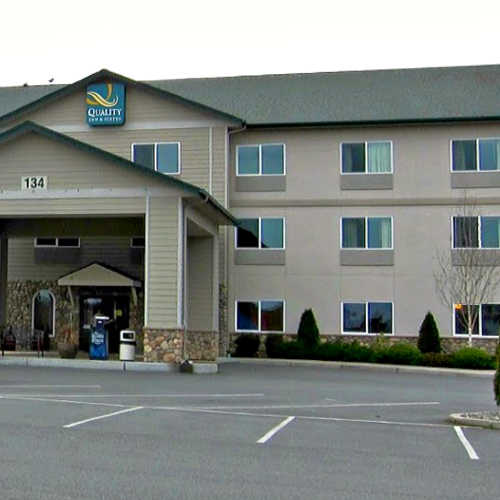 Where is Hoquiam Washington?


The city of Hoquiam WA is located in Grays Harbor County, in the southwestern region of Washington State's Olympic Peninsula (see Google map).

From Port Angeles, WA, it really doesn't matter, time-wise, whether you take Hwy 101 to the west or to the east in order to travel to Hoquiam WA. Either route requires a drive of three hours and a few minutes.

If your starting point is not Port Angeles then...

While you're in the area, these nearby towns also have interests and attractions: 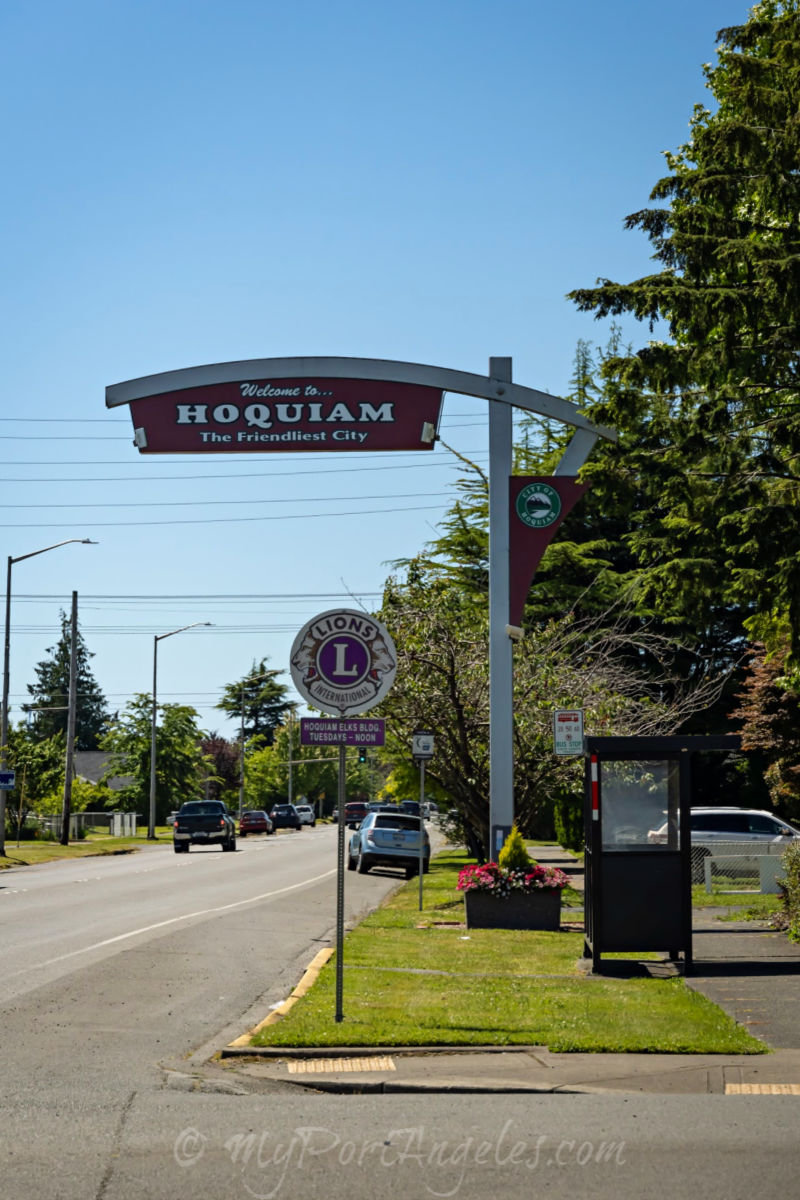 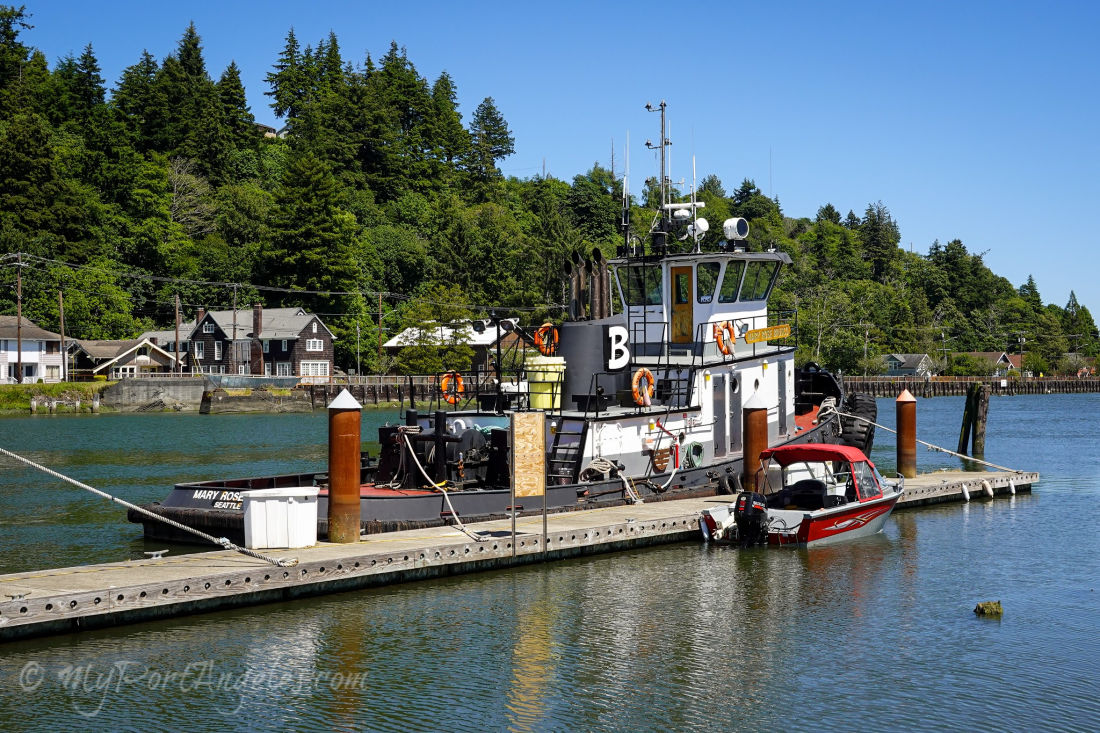 Tugboat moored at the mouth of the Hoquiam River in Hoquiam WA.

Rainy weather is a fact of life around both Hoquiam and Aberdeen Washington, due to their proximity to the nearby temperate rain forests and mountains to the northeast. Depending on your statistical sources, Hoquiam gets between 76 and 116 inches of rain per year. On the other hand, snowfall in the winter is negligible.

Expect about 127 sunny days per year in Hoquiam. Doing the math, this leaves 238 generally rainy days, though of course, if the rain falls at night or very early morning, the weather during daylight hours may still be lovely!

Hoquiam is rainy, but not so much during the tourist season.

Here are the rainfall averages by season for Hoquiam Washington: 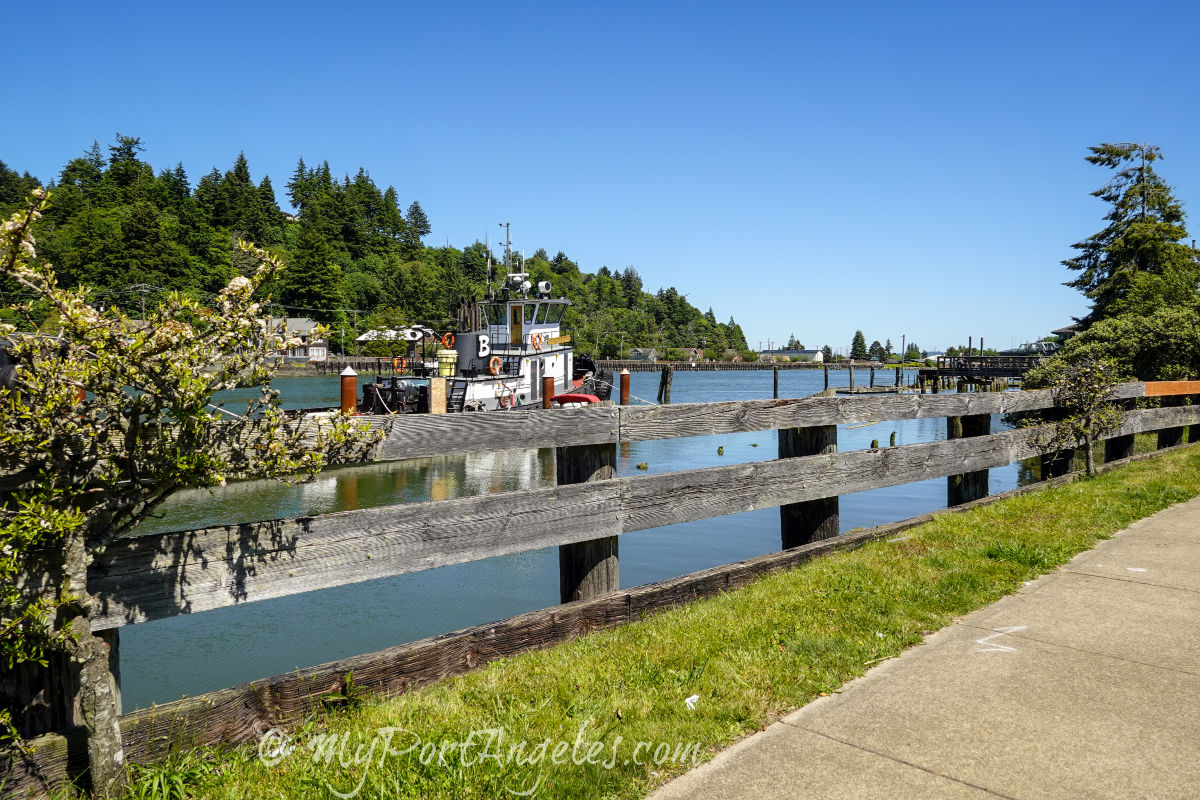 Walking path along Levee Street by the edge of Hoquiam River.

Hoquiam WA provides a surprising number of attractions for vacationers and locals alike! Check out the Hoquiam WA Attractions page for full coverage of or links to the following activities:

Because Aberdeen, Ocean Shores, and Westport are all nearby, you are likely to find many other attractions besides these, all within approximately thirty to forty-five minutes of Hoquiam WA.

Highlights of this restaurant:

Shiny Motel is the top-rated motel in Hoquiam WA.

There are a few additional hotels in Hoquiam WA, however we suggest you start your search with the ones listed here. Additionally, find more lodging choices in Aberdeen, or in nearby Ocean Shores or Westport, both of which cater heavily to tourists and vacationers.

The history of Hoquiam Washington is intermingled with the history of the entire Grays Harbor area and with that of Aberdeen WA.

The main industry in Grays Harbor County has always been logging. But, since the 1990's and the awareness given to the needs of the northern spotted owl, logging in old growth forested lands has been completely suspended, crippling the industry as a whole, and the economy of Grays Harbor County.

The details are on our Hoquiam WA History page.

Today, more than twenty years after the last decade of the last millennium, the local economy is diversifying and growing healthier. In addition to the remaining logging and paper pulp endeavors, two other industries have put down tentative roots in Hoquiam WA. Westport Shipyards builds yachts, and in the Port of Grays Harbor (in Hoquiam), the largest biodiesel manufacturing plant in the nation is capable of producing more than 100 million gallons of biodiesel per year.

Additionally, tourism is on the upswing in Hoquiam and Aberdeen. And indeed, there is much to explore here, including historical buildings, local shops, and the beaches, forests, and wildlife.

Have You Been To This Area?
If So, Please Share Your Great Stories and Photos!

Whether you're a local or a visitor, do you have a great story or an interesting experience that took place here? We'd love to hear about it! Share your story with us, and please include your photos, in the form below. Be as wordy and as descriptive as you like. There is plenty of room for it all on our website.

As of July, 2021, Washington State is now generally open. However, current state mandates require masking for all indoor activity outside of ones own home. Additionally, there is a state mandate requiring restaurant patrons to provide proof of vaccination for indoor dining. Due to logistical difficulties, some restaurants are still open only for takeout/drive thru. HIPAA guidelines about privacy for medical information regarding indoor dining does not permit enforcement of covid mandates.