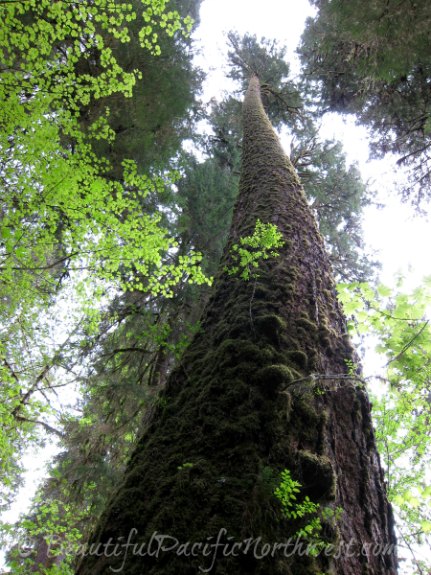 Do you have a story or photos about the Olympic National Park rainforest? Did you enjoy a particularly enjoyable or momentous vacation in Olympic NP? Care to share?

We'd love to hear from you! It's easy - the Content Form is below, and you can even share photos.

Olympic National Park is enormous, taking up 40% of the Olympic Peninsula.

The entire western half of the Park is thoroughly drenched in rain. It is either temperate rain forest, or very nearly so. For every mile one travels inland toward the Olympic Mountains, the rainfall increases. The Pacific coastal villages of the Olympic Peninsula get over 100 inches (254 cm) of rain, while Mount Olympus receives an average of 240 inches (610 cm) of rain every year.

These are the recognized temperate rain forests in the Olympic National Park, with their yearly rainfall average:

See Temperate Rain Forest to learn what creates the exorbitant rainfall enjoyed by these rainforests.

What about other, not quite so rainy areas of western Olympic National Park Rainforest? 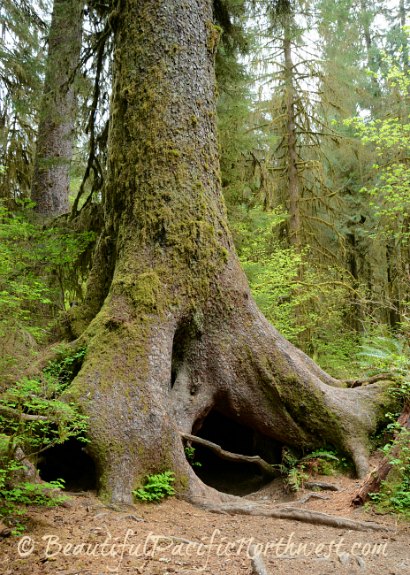 The Hoh, Queets and Quinault Rain Forests are all in roughly the southwest quadrant of the Olympic National Park.

Pictured: Massive Sitka Spruce got its start on a dead nurse log in the Hoh Rain Forest, as evidenced by the roots on "stilts."

But at the same time, the lay of the land allows winds driving moisture-laden clouds over Neah Bay and along the Strait of Juan de Fuca to funnel those northerly clouds down into the Sol Duc Valley, resulting in an average annual rainfall of 95-99 inches (241 - 251 cm) per year. That doesn't sound nearly as impressive as the Hoh Rainforest's average rainfall of 135 inches (343 cm) per year, but if you were not fully versed in "rainforestology," you would be hard pressed to tell a difference just by looking around at the environments of the two valleys.

In contrast, Port Angeles WA, near the Olympic rain shadow, gets on average just 26 inches (66 cm) of rain per year.

Per the Olympic National Park ranger team, more than 100 inches (254 cm) qualifies a biome as a temperate rain forest. If so, then:

The entirety of Olympic Peninsula's Pacific Coast is located in a temperate rain forest biome:

100 inches a year is a LOT of rain! But for the record, most of this rain falls in Fall, Winter, and Spring.

This leaves the 3 summer months of July, August, and September with a pittance of precipitation in comparison, perfect for your vacation! 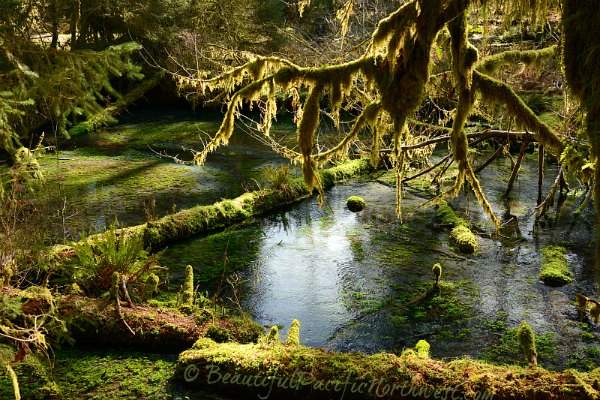 Spring water near the Hoh Rainforest Ranger Station eventually drains into the Hoh River. Salmon spawn in these waters.