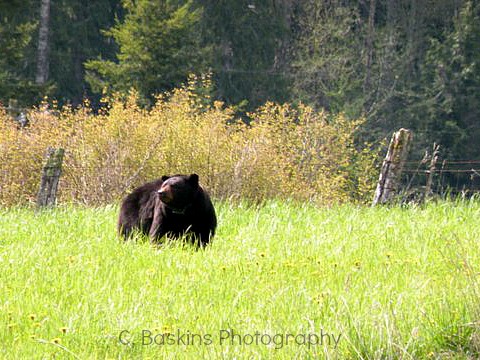 The Olympic Black bear was first documented during a biological survey of animals in the Crater Lake, Oregon, area in 1896. But it wasn't until 1903 that it was officially recognized as a separate black bear species by American zoologist, Daniel Giraud Elliot.

The Olympic Black bear can be found throughout the southern half of British Columbia and throughout Washington State. Their range extends south to northwestern California, west of the Cascade mountain range in OR and CA.

Ursus americanus is listed by the IUCN as "least concern" - not threatened.

Characteristics of the Olympic Black Bear

The size of the Olympic Black Bear is fairly average for a black bear species, though larger than both the California and Cinnamon black bears.

99% of black bears in Washington are black in color, though dark brown individuals are occasionally seen. Visitors are more likely to see white to cream colored black bears in SW British Columbia; even blue-tinted bears have been spotted in BC and coastal Alaska.

Average lifespan in the wild is estimated to be about 18 years, with a maximum age of 30 for those in captivity.

A distinguishing feature of the Olympic subspecies of black bear include a wide, bulging forehead and a tan nose. 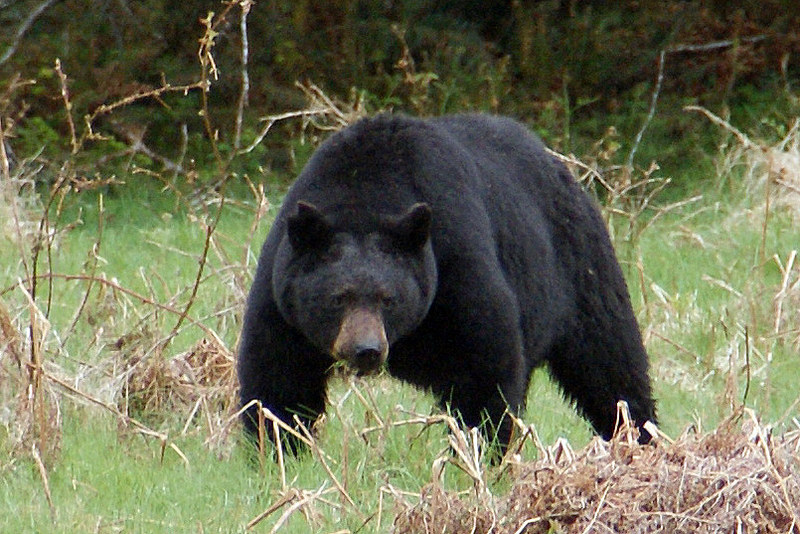 Olympic Black Bears are excellent foragers, feeding on berries, treenuts, roots, young shoots and buds. What they eat will always vary depending on what is found locally.

Non-vegetable portions include insects and larvae, eggs found in large nests, including the bald eagle, another prevalent animal found throughout the PNW.

Oh, and yes – they love honey!

Of course, favorite meals for Olympic black bears in Western Washington and British Columbia are the chinook and coho salmon found throughout the many local rivers and streams of the Pacific Northwest.

Olympic Black Bears are simply a subspecies of the American Black Bear, which exhibit these physical characteristics:

For more information on the American Black Bear and its physical characteristics, please visit https://www.americanbear.org.

The American black bear lives independently, marking its territory by clawing tree bark, or rubbing against them.

Its home range may be as little as a five mile radius, or as great as one thousand! This varies due to location and availability of food.

Bears might be active day or night. Those bears found closer to humans tend to prefer nighttime foraging. On the other hand, individual bears living around brown bears (grizzlies) tend to be active during the day, so as not to disrupt the feeding habits of the much larger brown bears. 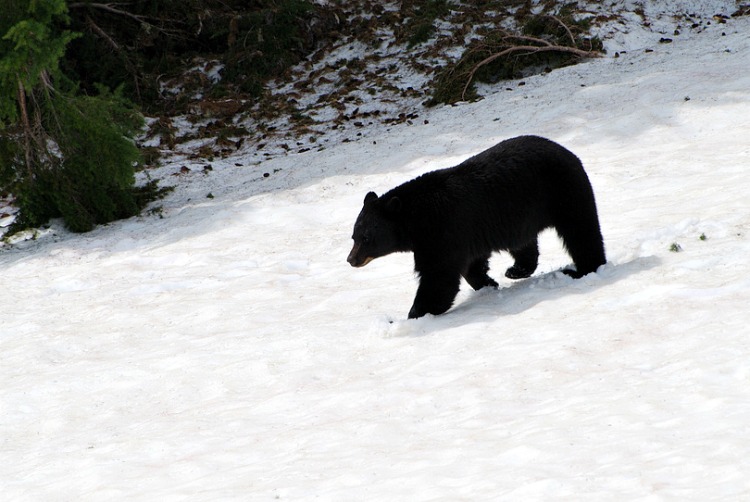 The Haida, Tlingit, and Tsimshian peoples learned respect for bears when a girl married the son of a black bear Chieftain, according to stories retold through the ages.

Many native stories characterize the black bear as "good," whereas the brown bear (grizzly) is characterized as "evil." 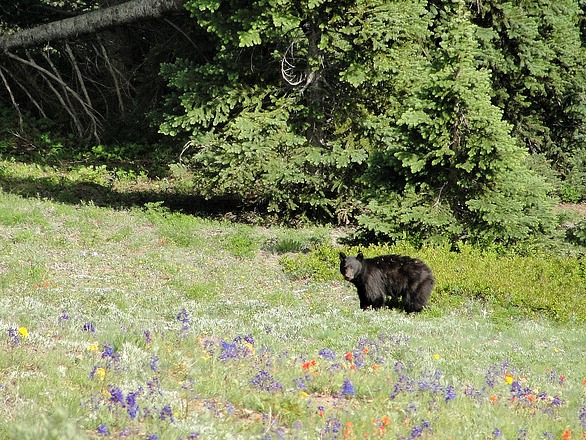 Olympic Black Bear pictured along the Mount Angeles Trail high in the Olympic National Park in 2010.

So you are out hiking with your family or friends along one of the many scenic trails deep in Olympic National Park. Suddenly, several yards ahead you spot an Olympic Black Bear foraging just off to one side of the trail. What do you do?

Here are some key actions you should (or should not) take:

Note: If you will be hiking or backpacking through black bear territory such as the Olympic National Park, it is advisable to carry bear spray. Not pepper spray -- bear spray.

Click here for lots more info and tips on bear safety while hiking, backpacking and camping in the PNW, including how to properly use bear spray, and a link to a PSA video on bear safety.

Hiking the extensive trails within the Olympic National Park is probably the best way to encounter the Olympic subspecies of the American Black Bear.

Unless they come to us!


All who wander are not lost from John Gussman on Vimeo.

Bears do occasionally wander near Hurricane Ridge or rarely down into the nearby lowlands surrounding the Olympic National Park. The young Olympic black bear in the video above had wandered into Dungeness Bay and onto Marine Drive in Sequim, Washington, an extremely rare occurrence.

Cities near Hurricane Ridge in the Olympic National Park: